After scouring through many affordable but reliable tires to no avail, I finally found one that many regarded to fit the bill in terms of tread life, performance, and the PRICE. Truth be told, cheap tires that don’t perform cheap is hard to get by nowadays. The purpose of this Yokohama Avid Ascend review is to help you have some guidance in eyeing the good picks out from the bad ones.

Yokohama Avid Ascend turned out to be amongst with the best dry grip, handling with an incredibly inexpensive price in the market today.

One of those things that weigh a lot in helping you decide what tires to choose is the manufacturer’s history. Not knowing where or how on earth this tire came up will potentially make you skip it. However, once you’ve made your mind up on the best brand for your budget, getting it installed is easy weezy.

In the 1930s, they began manufacturing tires for Goodrich. But, in 1937 the trademark was updated from Goodrich to Yokohama. The tires were used for the Emperor Hirohito’s Grosser Mercedes until they began making tires for fighter planes. Fast-forward, in 1969 the Japanese giant made its breaking sales to the USA.

Yokohama proudly presents its BluEarth eco-friendly identification. It adds edge to its tires that is available for sedans, crossovers vehicles, coupes, minivans. It’s the first that I’m touching on the ‘technology’ aspect of a tire that cares more about the planet.

The Avid Ascend is the first orange oil-based consumer tire. Yes, it’s not the petroleum-based oils, but from the peels of oranges used to make these tires. Not only this nature-loving technology focused on a renewable resource, but it also has a positive effect on the tire’s rubber composition. Albeit, we don’t know how much orange peels are used. 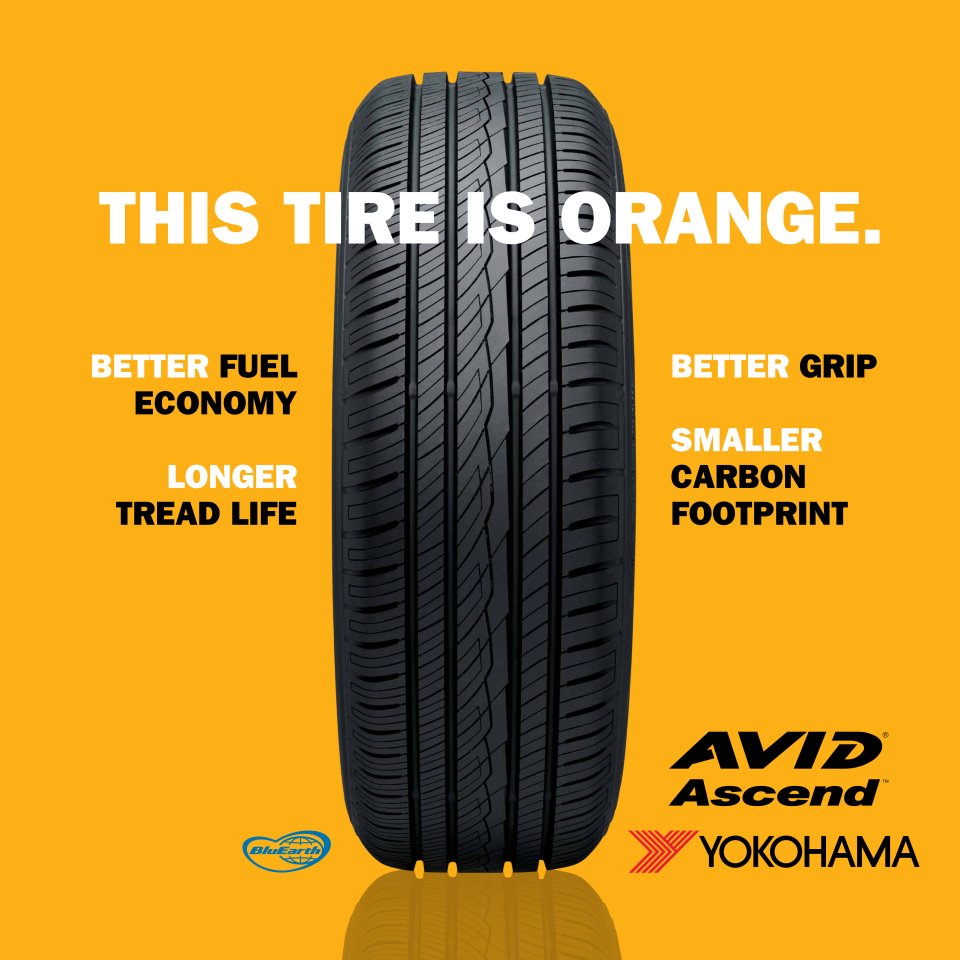 The engineers of the Yokohama Tires claim that the orange-derived compound is thermo-reactive. It seems to suggest that the rubber becomes harder and will have a lower resistance for straight driving under normal operating temperatures. Although, when it comes to cornering, it might be subjected to pressures during lateral movements.

Furthermore, since tread blocks tend to over flex, the three-dimensional siping of Avid Ascend prevents that. What follows is lower rolling resistance and adds longer tread life to the tires. What is more interesting that I haven’t heard from other tires is its tread pattern-changing capability as it wears down. It is said to offset the lost grip and result in more aggressive treads as it becomes depthless. It’s something worth-considering if you’re in doubt

Smooth Ride on the Highway

Getting to know how this eco-friendly tire performs is just as exciting as it sounds. My friend bought two sets of Avid Ascend tires. The following week, we had to drive her Cadillac SRT for heck knows how many hours for several days. As what Yokohama claims, it indeed runs smoothly at any speed when driving straight. No hiccups, —as if floating! No noise at all, (maybe because the tires are new?) In case of a hiss, it’s out of earshot!

Sometimes, when you try to make a rough turn, the tires can lose its grip all at the same time without warning. Luckily, a good grip brought a stark relief while my hands are on the steering wheel. What’s more interesting is, the harder you turn the car, the stickier the tires get. The Avid Ascend’s threshold seems to take longer before breaking loose altogether, which can equip you with better signal and control of low-grip driving.

This all-season touring tire is remarkable. The slightly asymmetric design with the three zones is for sounder traction in dry, wet, and light snow. To secure the rubber-to-road contact apart from the tire’s continuous center rib, they added large outboard shoulder blocks coupled by tread block bridges. The design is to support the tire’s dry response and cornering stability.
Luckily, I managed to find a chance for a quick turn on a non-patrolled road, taking turns was a tad abrupt at intersections didn’t even cause the tires to make that high-pitched sound. The tire’s slight tendencies revealed include nearly a second delay before the grip actually kicks in during overly-quick maneuvers and lane changes. Overall, it is far from awful considering it takes longer for heat buildup to stimulate the rubber’s compound. 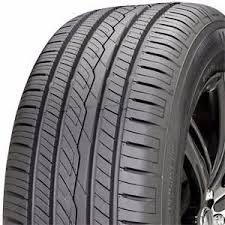 When it comes to the tire’s real-life performance during winter, I couldn’t tell yet as the tires are new and I only drove my friend’s car for several days. Someone from the store who bought new sets of the tires says he tested out his first set of Avid Ascend going up two decent sized snowy hills with an incline, and didn’t spin out! So, hopefully, my friend will have same easy experience with these tires on the snow.

Driving under torrential rains can be very challenging not only for the one behind the wheel but also for the ones in contact with the wet surface. I would rate the wet handling to be superior. It’s comfortable to handle even under heavy rains.
Avid Ascend’s wet traction is fairly impressive. The mitigation of road noise is consistent and thank God they didn’t slip on me. Yokohama designed these touring tires with circumferential grooves for the water to easily escape and prevent hydroplaning.

Will it be good for the long haul? I believe they are, I heard of someone who had them for 30,000 miles and still in great condition. Well, according to Yokohama, they provide up to 85,000-mile tread guarantee depending on the tire’s speed rating. However, it performs in snow and how long the treads can last is something I am looking forward to finding out. 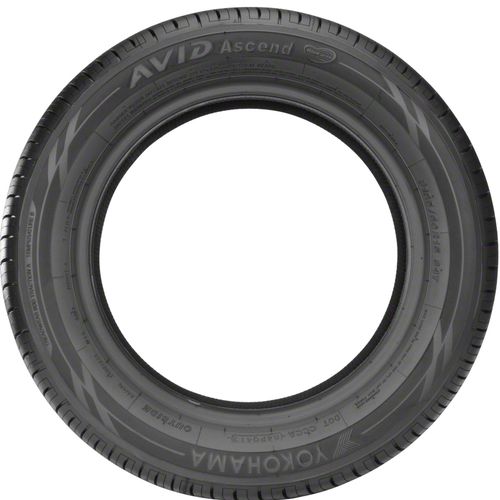 I certainly complement Yokohama’s major ecological, yet uncompromising approach with its tire design construction. It’s more affordable than most well-known names in the tire industry, but Avid Ascend’s overall make lives up to its core intentions. With their environmentally, human and socially friendly technology, they stay true to its commitment to ecological zero-waste construction methods, rubber compounds, and tread design.

Performance-wise, it pretty much covered up all the necessities of what an all-season tire should be. What’s more impressive is Yokohama pays attention not only of how they make their tires, but also the experience of its users. The Japanese principles reflect on how they run a business if you think back to its history, t. They have good customer service in case of concerns. Avid Ascend is one heck of a Grand Touring tire. Well worth it at regular price!