With the myriad of promising all-season touring tires on the market today, it makes choosing what to buy a headache. Then, this General Altimax RT43 review is yet another get-to-the brand all-season touring tire developed with strength and built-in advanced safety and monitoring innovations. I will give you a big chunk of my insights as to how this tire can stick itself up in the competition, is it really as tough as it claims to be?

The technology of this all-season touring tire is centered on monitoring and road safety.

The General Tire & Rubber Company is an American brand that became a subsidiary of Germany’s Continental AG, a tire and auto Parts Corporation based in Germany. The American entrepreneur William F. O’Neil owned General Tires for a very long time before it was handed over to Continental in 1987.

O’Neil founded the tire company in 1915 in Akron, Ohio with several partnerships including a rocketry business that is now known as Aerojet Rocketdyne Holdings. He started as a franchiser of another tire company, but things didn’t progress in his favor. General Tires was established as a response to its previous partner Firestone Tire and Rubber Company.

What does it take for a tire to be reliable and long-lasting? Is it being produced out of materials that resist distortion and wear? Perhaps, a special compound that meets the resilience needed to operate on any environment? Or gaining features enabling it to protect itself by some type of auto-warning system. Below are the highlighted features that make General Tire’s Altimax RT43 an excellent choice for as a fairly-priced touring tire.

Let’s face it. Poor traction threatens safety during adverse weather conditions. And many all-season tires are not good enough to take on snowy surfaces, —which led to the creation of this siping technology. The anti-slip design brings a good anti-slip property in the form of biting edges for the tire’s improved grip on wet and even snowy highways that tend to become slippery.Visual Alignment Indicator

For anyone who is a novice on automotive, determining alignment problems is a far cry from simple. So, a tire with the capability to warn you of misalignment is truly a perk worth getting your credit card out to pay for. It appears to be two additional sipes on the tire’s opposite shoulder blocks. After all, we can all agree that preventing possible irregular wear saves you time and money.

You can’t avoid driving your vehicle on abrasive surfaces. Nothing can be more frustrating than a tire that’s becoming useless after 10,000 to 15,000 miles, especially when you are not negligent. The LSA technology is a feature focusing on the persistence and ability of a tire to withstand anything that can cause dissipation to the tread.

When a tire approaches its limit, just before it touches the minimum tread depth, it can get tricky to ascertain. Now, this monitoring technology is quite interesting, —not one of those extra perks that don’t really make sense. What it does is literally what the description says. It notifies you when you need to ditch your tires for a fresh, new one, which keeps you safe on the road.

I applaud how impressive this tire is in terms of driving comfort. Handling is quite good and the tires are substantially quieter! I can say that it is priced between budget and best. It runs smoothly even on a slightly rough asphalt highway. I was able to test it during a two-hour drive downtown on a warm sunshiny day. I didn’t feel the tires getting hiccups entire time I was on the road.

I opened the car window, and the only sound I got to capture is my engine’s low drone. I didn’t hear anything from the tires except random rocks being crushed by the tires as I drive. It’s really amazing hearing just that. It tends to vibrate when it hits potholes, but we all know how those road problems affects tires in general. If there’s one flaw to pick out, it would be cornering stability at a higher speed. Still, I am impressed with its good dry grip.

The tread depth and the pattern of this tire are quite up to par, which is typically found on tires that are priced like gold. By the looks of it, it might give more or at least, enough years of safe and dependable service. The vehicle owner is a lady teacher; she drives it to go to work. I doubt the tires will live short due to rough driving. 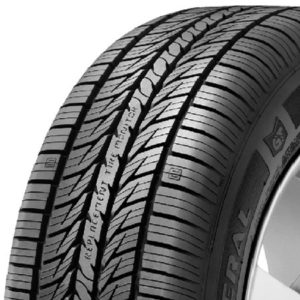 On all reviews, the major selling point of the Altimax RT43 is its gratifying wet handling, response, and safety. My friend says it was recommended to her for that reason. While the tread compound has a major effect on wet traction at lower speeds, hydroplaning resistance at high speed is affected by how smart the tire’s tread design is.

The tires have a noticeable inclination to understeer, at times. Nonetheless, it provides incredible ease and at negligible cost. I have limited experience with this tire which gave me the opportunity to observe its difference from the other tires I have tried. So far, the safety features work impeccably on the Altimax RT43 for wet traction.

I wasn’t really going with my gut when I decided to drive it during heavy rainfall. Contrary to what I was expecting, the tires held to the road like a magnet. It gave me the confidence of being in control as I glided through the hairpin curves under the heavy rain, just as long as you don’t push it too hard. These tires are noticeably not a fan of it.

My friend who owns a ‘98 Acura Integra with Altimax RT43 tires grew up in Colorado before moving to Pennsylvania. She’s driven her dad’s heavy-duty 2500 HD Chevy for years. So, I really don’t underestimate her driving skills on snow-covered, slippery trails. As I have never had any General tires, I asked her how it survives in the snow. She says the tires can plow through icy surfaces and handles winter weather quite well.

The miles driven on the tires are not even 20,000 yet. So, I can’t talk about its lifespan for now. So far, she’s been pretty careful driving around town. I read the reviews of others on how well it manages treadwear. The Altimax RT43 looks durable and long-lasting. It seems capable to last a long time if handled properly. I measure these tires in years, —not miles. General Tires offer a limited 75,000-mile warranty on T-rated sizes. While the H and V-rated ones have a limited 65,000-mile warranty. 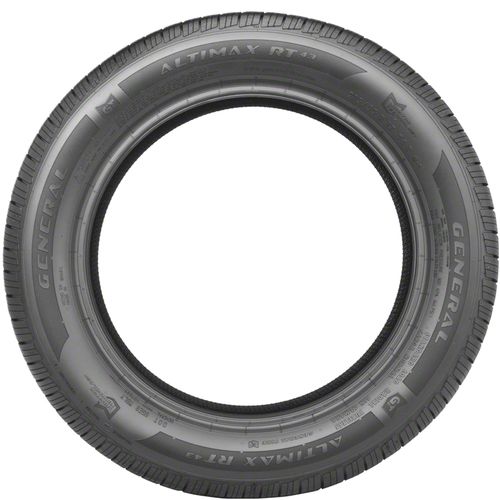 The Altimax RT43 is not perfect nor the stickiest tire on the market. Yet, it is an utterly good tire 90% of the time. It holds a great balance of tread life and grip, which we all desire to find in a budget-friendly priced tire. The value is more than reasonable as it performs beyond expectations (if not abused, of course.) In addition, these tires all-together are quiet and steady. Do I recommend it? Absolutely. It’s worth the investment.