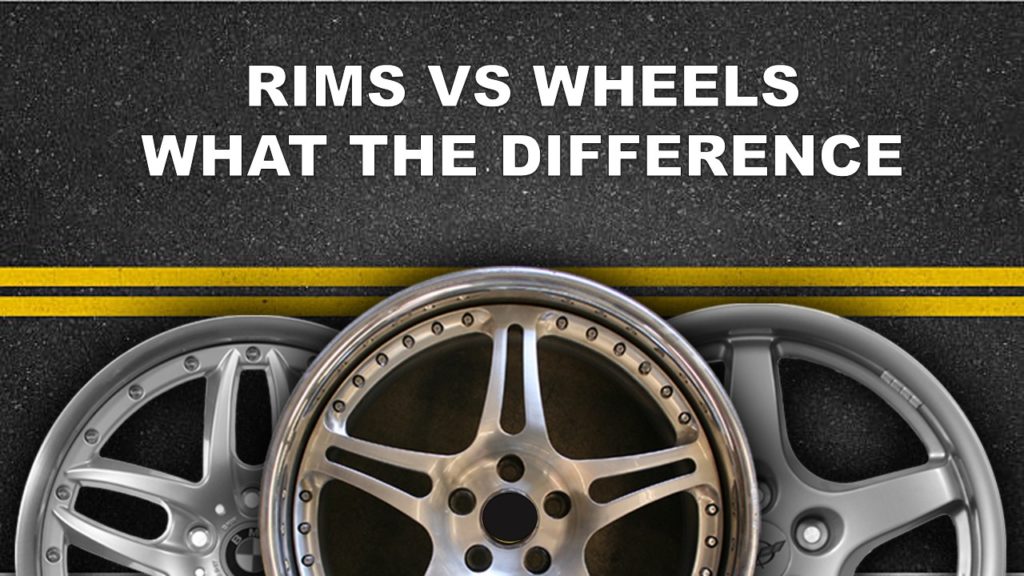 Now the title might get you asking “But aren’t wheels and rims the same?”. Well yes, but no. What I am trying to say is that while rims and wheels are often interchangeably used, they are not entirely the same thing.

You may be exposed to a genre of car culture where “wheels” are referred to as the “rims” or the other way around. But if we are to follow the original technical concept, the wheels are those entire circular objects underneath the vehicle ( which goes round and round as a nursery rhyme would point out). It’s the rim that gets people woolly. For curiosity’s sake, let’s differentiate the two shall we?

Contents show
WHAT ARE WHEELS?
What are the parts of a wheel?
How are the wheels made?
What are rims?
What is the basic function of the rim?
What are the different parts of the rim?
HOW THE DIMENSIONS OF THE WHEEL ARE MEASURED
WHEELS VS TIRES
Summary

Wheels are those primitive circular blocks that rotate in order for the car to move. They are placed vertically under the vehicle which doesn’t only allow movements but also provides the support of the vehicle and heavy loads.

What are the parts of a wheel? 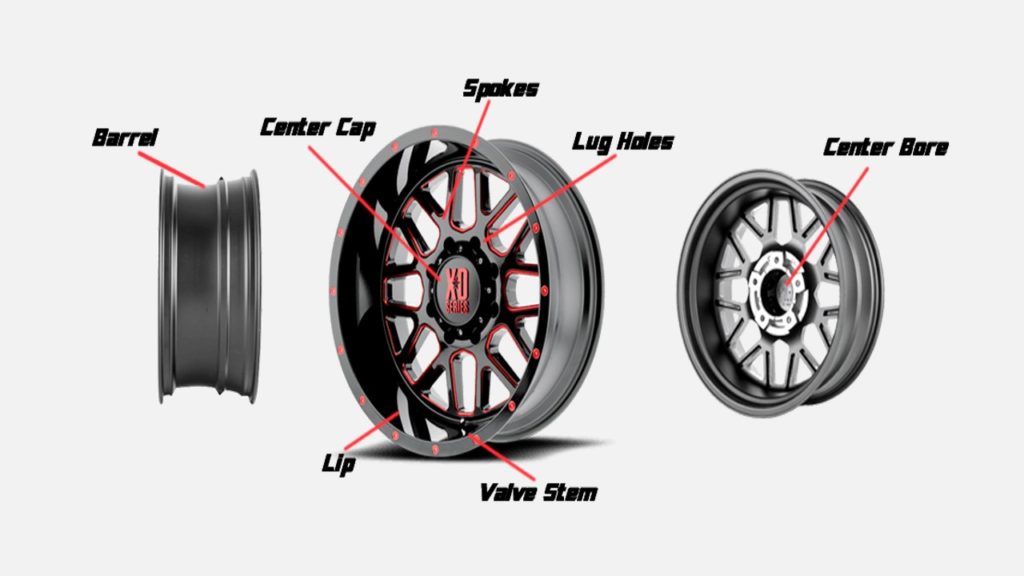 Wheels are primarily composed of the spokes ( the rods that run from the center disc to outer ring of the wheel), the disc ( the part that connects the rim and the axle hub), the hub ( connects the tire and the axle) and the rim (the outer edge of the wheel). Yes, the rim is just a portion of the wheels but we will dig on that later. Depending on the model or customization, the hub, the spoke, and the rim may be welded in one piece or comes into two or three.

Other parts include the center bore, a hole in the center back of the wheel that allows different vehicle fitting. In the front face of the wheels are the lug holes or those small bolt openings that allow wheel installation. Now going outward the wheel anatomy, right in front of the spokes is the outer lip portion.

Moving forward let’s see how these pieces are put together.

How are the wheels made?

The materials used are either steel or aluminum alloy. Steel wheels only come in the silver or black finish while wheels cast in aluminum comes in a plethora of designs and finishes for aesthetic purposes.

After materials are sourced out,  the manufacturing stages follow;

1.Casting (the melting and molding of the metal)

2. Flow Forming (the casting process is combined with the stretching process wherein the metal is subject to high heat and pressure to shape)

3. Forging(using a high amount of pressure, the aluminum billet is crushed into shape)

4. Rotary Forging (the forging process is combined with a high-speed spinning process to produce strong chains). 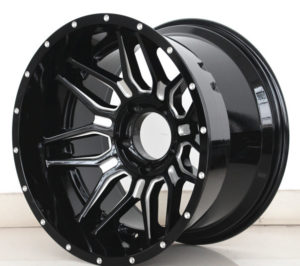 When the size of the wheel is being determined, one thing that will be considered apart from the diameter of the entire wheel is the width of the rim. The rim is simply the circumference of the wheel or the outer circular edge where the rubber padding known as the tire is molded into.

What is the basic function of the rim?

The rim is an essential part of the wheel because the proper fitting between the tire and wheel wouldn’t be possible without it.  If the rim size is not compatible with that of the tire, it compromises the performance and stability of the car, leading to a risk of collision.

Represented by the width, the rim also plays a key role in determining the size of the entire wheel. The rim width is measured flange to flange. The flange is that the mounting area of the rim the tire tread sits on when mounted.

What are the different parts of the rim?

Inside the rim is a barrel that allows the provision of structures needed for tire mounting. Going further inside the barrel, right beside the front face of the wheel, is a small diameter known as the drop center. The barrel edges are shaped progressively to create inboard flanges which functions to hold the tire securely in place and the outboard flanges that adds to the front wheel’s aesthetic value. Inside these flanges are flat surfaces called the beads (note: different from tire beads), the area that supports the tire edges.

Lastly, mounting humps run along the barrel, on both the cosmetic portion and car side of the wheel. These ridges additionally keep the tire from its place to prevent slipping off.

HOW THE DIMENSIONS OF THE WHEEL ARE MEASURED 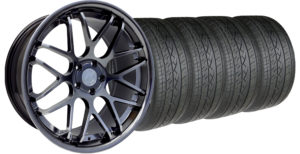 Another incorrect reference is when the tire is considered as part of the wheel or that it is the wheel itself. Well, since you are here, you might as well get acquainted with other common technical terms you will possibly encounter when repairing or buying for wheels.

Tires are that homogenous piece of molded rubber that comes in contact with the driving surface. Whereas, the wheel the metal part where the tire is fit into. Think of the tires as the rubber that covers the wheel’s rim. The tire houses the bead, the tread, and the sidewall. On the other hand, the wheel, as previously stated, is where the axle hub, the spoke, the central disc, and the rims are located. 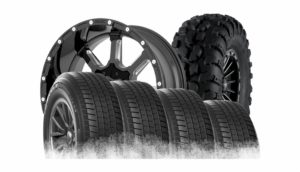 These days, a lot of people including some technicians used the term “rim”  to point out to the whole metal part where the tire is mounted to (which supposed to be referred to as the wheels). This misused of terms became more apparent when aftermarket custom wheels became available. Well, who is to blame? After all, rims and wheels are after all oriented in the same location, both casts in a single metal unit and both spins.

It still important, however, to determine the difference between the two and we hope this post clears things up. To put it in a nutshell, the wheel is an entire metal block while the rim is just the outer edge part.

Together with the basic wheel anatomy that we also covered, we hope we armed you with enough information to make the best decisions on your next wheel shopping or perhaps to make the right complement.  So next time you say “cool rims, bro” or utter the word “I need new tires for my car” —  get your facts straight.