Recently, some manufacturers started producing all-weather tires, a variation of the existing type focused on delivering better snow traction. However, this also meant you would lose dry handling.

Well, there is a product that tries to merge all those things in one, and of course, it comes from Michelin. The French tire maker is by far the most innovative in the industry, pushing the boundaries of what’s possible. Interestingly enough, the grand-touring Michelin CrossClimate 2 is in its third generation – the brand produced a “+” improved model of the first one.

The Michelin CrossClimate 2 at a glance

The all-new model improves on many fronts, bringing the all-season/all-weather recipe to a whole new level. However, the competition didn’t stand still and produced excellent products of its own.

What is important about the Michelin CrossClimate 2 is that it is 3PMSF-rated, meaning it should provide better longitudinal traction on snow than M+S tires. Specifically, the tire gets tested by an independent body to get that stamp, so it provides a real benefit to the owner.

So, how does the CrossClimate 2 fare in the tightly-congested segment? Let’s find out in my detailed review of one of the most popular all-season/all-weather tires on the market.

Michelin employed its next-gen Thermal Adaptive compound in the CrossClimate 2, which is its most distinguishing feature. It gives the tire a good grip on dry and wet roads but stays very soft and pliable in the winter.

Meanwhile, the tread design is directional and pretty unique. It features V Ramp chamfers that provide biting edges in snow but also interconnect to provide a better grip on dry roads.

Curiously, the tire doesn’t have circumferential grooves, but the steep angles in the directional tread take care of hydroplaning resistance.

Tires that perform well in snowy conditions usually suffer on dry pavement, primarily due to the softer tire compound. However, Michelin seems to have nullified these issues almost completely – the CrossClimate 2 is quite enjoyable to drive.

Now, sure, you shouldn’t expect an engaging type of drive, but as far as grand-touring tires go, it’s one of the best around. The steering is light and responsive enough to keep you in control, although I would’ve liked more communication. Still, I think that average drivers will never notice that and be extremely satisfied with how the tire drives.

You will definitely notice the grip on offer, though. Despite the fact that Michelin focused on delivering better snow traction, the CrossClimate 2 amazes on dry and warm pavement. I was already impressed with the previous model, but this one takes it up a notch. It won’t replace a performance tire, that’s for sure, but as far as grand-touring tires go, it’s simply outstanding.

The CrossClimate 2 continues to impress in the rain. It manages to keep pace with the best all-season tires, like the Bridgestone Turanza QuietTrack, Continental PureContact LS, and Pirelli P7 Cinturato All-Season II. The differences between these tires in the rain are really small, but it’s still good to see Michelin’s tires among the best.

But what does that mean? Well, the CrossClimate 2 provides the driver with well-mannered handling in wet conditions, to begin with. Thanks to the outstanding hydroplaning resistance, you’ll feel in control, and your vehicle will stick to the road outstandingly well. Moreover, the cornering grip remains consistent, and the tires don’t surprise you with oversteer or understeer.

The CrossClimate 2 also stops with authority, posting some of the shortest distances in its category. Overall, this is one of the best tires for rainy weather in the grand-touring all-season category. It performs safely and consistently, both in very heavy rain and on damp roads. Not that you should expect less from a Michelin product, of course.

I already mentioned CrossClimate 2’s snow traction several times by now, and I reckon you’re interested to know more. Well, to sum things up, the CrossClimate 2 is a usable snow tire, something I can’t say for most all-season tires. It handily beats the competition in almost every test, which is something Michelin really needs to be praised for.

For instance, you probably won’t even need a winter tire if you only experience light snow. The CrossClimate 2 manages to keep you in the driving line and doesn’t need a very long distance to stop. There is also a ton of acceleration traction, so you won’t get stuck anywhere.

What really impressed me is that the tire continues to work in deep snow. Where other all-season tires would suffer, Michelin’s all-weather tire manages to at least drive safely. It won’t replace a proper winter tire in these conditions, though.

So, what does that mean? For starters, the ride is exceptionally well-damped. The tire easily swallows smaller road imperfection, leaving much less for the suspension to work with. The CrossClimate 2 also fares well with bumps and potholes, transferring very little vibration into the cabin.

Furthermore, there is not much thumping noise coming from the tires over larger potholes. You’ll hear it, for sure, but you really need to search for it. When it comes to tread growl, though, Michelin’s all-weather tire is excellent. You can hardly hear the tire in urban conditions, and the road noise is only mild at highway speeds.

The current warranty comes out to be 6 years or 60,000 miles of tread use on the front tires, and half for the rear. Uniformity and workmanship warranties are also available on the first 2/32″ of wear.

Tire wear is modest, but also requires cross rotation instead of front to back, to stop uneven wearing. Thermal adaptive tread compounds found outside the two-ply steel belts casing, make this a very safe and reliable tire.

The following list is a sample and may not include all vehicles.

Is the Michelin CrossClimate 2 suitable for off-roading?

The CrossClimate 2 isn’t intended for off-road driving and won’t provide you with reliable traction. Moreover, abrasive hard packed surfaces can easily damage the tread of the tire. 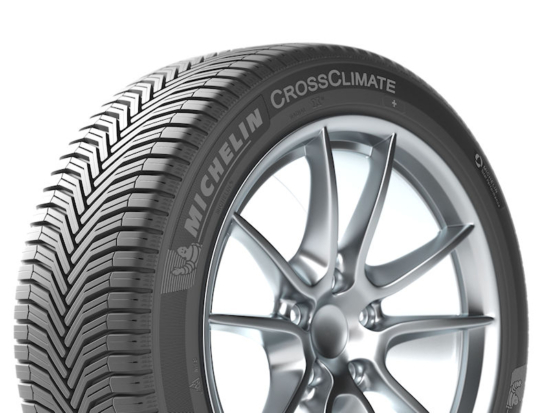 Final verdict: is the Michelin CrossClimate 2 worth it?

I don’t know how Michelin did it, but its latest all-weather tire is a miracle. It drives like a premium all-season grand-touring tire on dry and wet roads but also works much better over snowy and icy roads.

It’s important to note, though, that there are other all-weather tires on the market that work very well over snowy roads. However, these tires will be much worse on dry and wet roads.

On the whole, I’d say that the Michelin CrossClimate 2 is the first tire that manages to blend summer and winter traction in one tire. Hence, if you don’t mind the slightly lower treadwear warranty, you should definitely buy the CrossClimate 2.