There are a number of other good reasons why Kenda’s mud-terrain rubber is making solid rounds. Of course, in choosing the right tires that is pocket-healthy, we want the one that we can look forward to thousands of miles on. So, where does Kenda Klever M/T KR29 stand? If you made it to this page, then, you’re lucky to find some source of enlightenment. In this review, we are simply going to detail our opinion about the value-priced mud tires.

The Kenda Klever M/T is a very good tire for the money. It’s a superb pick for those who desire an immense traction tire for their work environment. —And at an acceptable price.

Just to give you an idea about the makers of this mud-terrain tires, it’s a Taiwan based company that started making for bicycles and motorcycles in 1962. Fast-forward, the Taiwan brand partnered with an American tire giant, Cooper. In 2011, they began manufacturing tires for larger vehicles such as automobiles, ATVs, trailers, and industrial equipment. The said partnership actually helped Kenda Tires make a name in China.

Kenda deserves a compliment in terms of how good and aggressive it looks, as well as how low maintenance the tires are. So, regardless of the type of tires you’re thinking of buying, we all want to get the best one that will do well in any road or environmental conditions. Therefore, we did some tests in order to find the highs and lows of this mud-terrain tire in dry, wet, snowy, and uneven terrains.

It might be best to start with how the Kenda Klever M/T tires perform when the road is soaked; putting the grip is in question. We drove the truck from 30mph to highway speeds, and the tires seem to have a good hum. It has an awesome grip with an acceptable amount of road noise. From dry to wet asphalt the tires seem to lose noticeable mpg. I’ll also add that they can be slightly difficult to balance.

The tires have only slightly slower acceleration on wet, paved roads. Other than that, there’s nothing terribly overwhelming. The wet pavement traction is surprisingly good! Oddly enough, the tire’s resistance to sliding sideways or lateral traction seems good on wet highways. It’s worth mentioning that the sidewalls are really thick giving you faith that it’s capable of keeping it all together.

Mud-terrain tires such as Kenda Klever M/T are specifically engineered for extreme off-road driving. Following that fact, these tires are reckoned to have less performance power on paved grounds. It’s funny to think how driving on paved grounds, in general, can make you extra observant just to figure out how the tires take it.

The truck with these tires rolled on the highways several times. I got out on the highway and run up to 85mph. Surprisingly; it trod the road without much noise at all. All I thought this tire won’t make the cut and was content for it good enough for its core purpose as an off-roader. Yet, we realized it was indeed a ‘Klever’ decision to try Kenda’s M/T.

Despite not going for high speeds for these tires like those sleek rubbers designed for street driving, it still provides a smooth, calm ride.

On Light to Heavy Snow

Delving around in wet clay may be ideal for M/Ts but digging through gritty snow up to the axle and past tells something different. With light snow, it doesn’t seem to slide. BUT, with around three inches of snow, that one thing you get razzed not to overtake, we took it seriously; the ice clings. Luckily, it was not as bad. Still, the moment we feel it losing a bit of traction on hard packed snow, we grabbed for luggy tire chains.

The only traction issues I’ve had while driving through the sandy ice with these tires was it makes stopping on ice slightly challenging. I can fairly say that I have found these mud-terrain tires to be better than other value-priced mud tires I have driven in snow. However, knowing that the tires are not made to withstand heavy snow, you end up deciding to cut the snowy road trip short.

How good is its self-cleaning?

After some suspension upgrades to our truck, we tested the flexibility and endurance of Klever M/T where the mud and gravel just love to eat tires. It personally appeared to be easy to handle while traversing harsh terrain. The traction notches on the tires for grip in loose surfaces didn’t seem to struggle as we thought it might. The full-depth sipes gave no mercy against the clay. And these bad boys clean themselves really well. 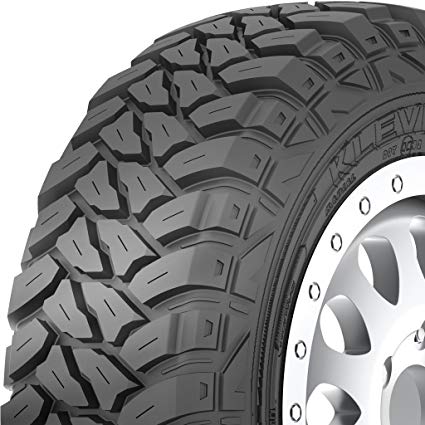 The grooves on the tread pattern work nicely in helping expel stone and debris. You can feel mud and stones clear from the tread’s evacuation channels. All the while driving it in muddy terrain, it reminds me of Kenda’s monster bike tires digging up mud and gravel on motocross tracks. So, that makes a lot of sense that they apply the same quality on their automotive tires..

Yes, these tires definitely excel in the mud and steep terrains, but on sand? The tires are still not intended for diving into the sand, but it holds some cool perks that you don’t easily get from any low-priced mud tires. It features radiated shoulder lugs not only for self-cleaning but also to have better traction even on sand. Kenda even claims that the tires can still have reliable traction even when at a low tire pressure.

Apparently, I can’t tell about its traction goodness in the sand since I haven’t tried it. Perhaps, I can update this blog the soonest me and my buddies decide to play on sandy grounds.

How you use it matters. While we know a mud-terrain tire is not actually designed for frequent road use and heavy snow, it’s the KING of its element. To be fair, some well-made tires take longer to tail off compared to others. With these boys, I believe I will see 30-40k on them before bald. In my opinion, these tires are meaty like a rare slab of steak!

Some claim that the 3-ply sidewall wears thin easily in the long run on very stony ground with chunky rocks. There are many factors that a tire won’t work for you. The tires have been on and off the road (mostly off-road) for over seven months now, the sidewalls are far from the drying state. Before trying the tires, I did my research just to ensure I am at least, 80% confident of it. 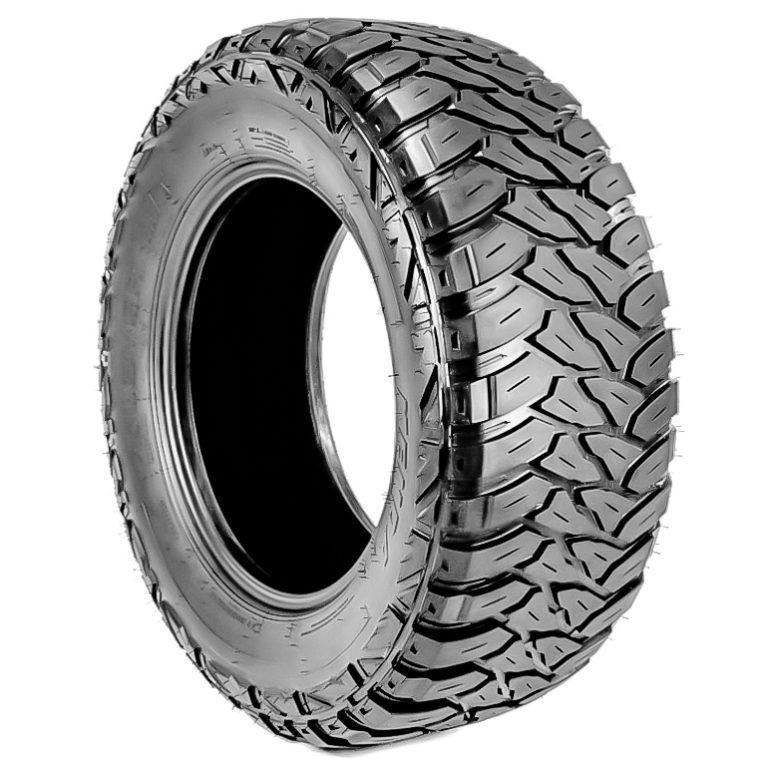 Ideally, reviews like this are only created as a reaction to certain products that are either disappointing or worth every single buck! Especially, with products manufactured outside the US of A! Overall, I am very impressed with these mud-terrain tires. They don’t only look awesome, but also meet our expectations for ride quality and handling. The tires are a good value, and we recommended you try it.